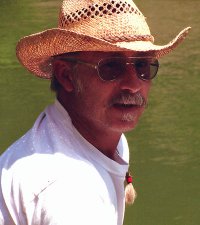 Bryan “Wily” D. Freidel, 57, Whitewood, died Saturday, August 15, 2015, at Honor Health Hospital in Scottsdale, AZ.
Memorial services will be 1:00 p.m. Friday, August 28, 2015 at the Kinkade Funeral Chapel in Sturgis.
Wily was born March 6, 1958, at Mitchell, SD, to Leonard and Ramona (Schoppert) Freidel. His parents died at an early age and Wily was raised by his maternal grandparents. He grew up and went to school at Mt. Vernon, SD.
He attended South Dakota School of Mines and Technology for a time. He resided in Whitewood, SD, since 1976.
Wily worked at Wheeler Lumber in Whitewood, the open cut mine at Lead, as a heavy equipment operator in the logging industry, and a service technician for Montana Dakota Utilities.
He met and married Michelle Jenniges on December 26, 1996.
In 2000, Wily attended Mitchell Technical Institute and graduated in the Natural Gas field. He taught commercial driver licensing at MTI prior to returning to Whitewood and working for MDU.
Wily was an avid motorcycle rider. Wily was a strong advocate for motorcycle rights and safety. He was the founding member of the Black Hills Chapter of A.B.A.T.E. Wily was very active in promoting and organizing concerts during the 1980’s for the annual Black Hills Bike Rally. He also enjoyed motorcycle racing and was a crew chief for Salt of the Earth race team at the Bonneville Salt Flats for the last several years. Wily also enjoyed scuba diving.
Wily was a teacher and perfectionist. He believed in doing things right the first time.
Survivors include his wife, Michelle, Whitewood; one uncle; and several aunts and cousins.
A memorial has been established to Sturgis Main Street Brick Project